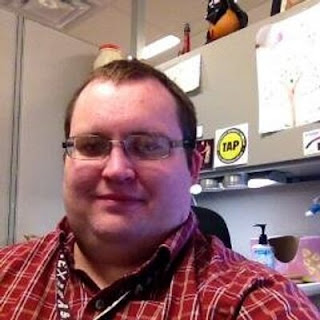 Popular posts from this blog

By plb - February 24, 2016
Hothouse by Brian Aldiss
Dune is one of my favorite books of all time. So when I had a chance to read Hothouse, another classic ecological science fiction book, I was excited. At first, the book seemed interesting enough. The distant future, the sun is at its hottest, the radiation has made plant life abundant and animals have mostly died off. Humans still exist, but they are barely surviving primitives living short and brutal lives. The book centers around members of one particular family group's struggles. Plotlines start to split as the group breaks apart. Adventures are happening and it seems like a conflict between a sentient fungus and humanity is about to abrupt in world-changing significance.

This is where the book goes wrong, one group of survivors story is dropped never to be mentioned again. The second group only shows up in the final pages of the book and is of very small import to the story. One of the main characters dies and is she is forgotten by the next page. More…
Read more

I read the book cover to cover in 8 days. I was expecting magical realism. The book implied a TARDIS-like bookstore. The mystery seemed huge and sinister. I loved the elements of history, the utter love Sloan has of books, and the acceptance of technology. I loved that Kat seemed like a real person she had her own life, her own ambitions, she was intelligent, skilled, but not perfect.

Every character was real. There seemed to be almost no stock characters. Even Deckle who seems so minor has a life and ambition all his own.

So why disappointing. At the end of the story, it all seemed so banal. I expected more. Repeatedly the book seems to be building to something sinister that never comes.

My biggest criticism of the book otherwise is the portrayal of Google. The company plays a major role in the second half of the novel. The portrayal is bizarre. It makes us sound more like elves in …
Read more

The first issue is very short it introduces us to Maia, a former princess whose father, the Emperor, has stripped her of her title and banished her to her grandmother's home. Maia suddenly is called back to the Imperial capital and told there is a mission that ONLY SHE CAN DO. Because you see she isn't just a princess, she isn't just a learned princess, but she is a magic-wielding princess. Its offhandedly mentioned a few times that women being able to read, let alone do magic, is a capital crime. Yet other than her hiding her necklace which everyone seems to know about there doesn't seem to be any consequence to her illicit knowledge. The story starts with her being ill. And other than her being "seasick" at the very end is never mentioned again. She doesn't recover, but s…
Read more